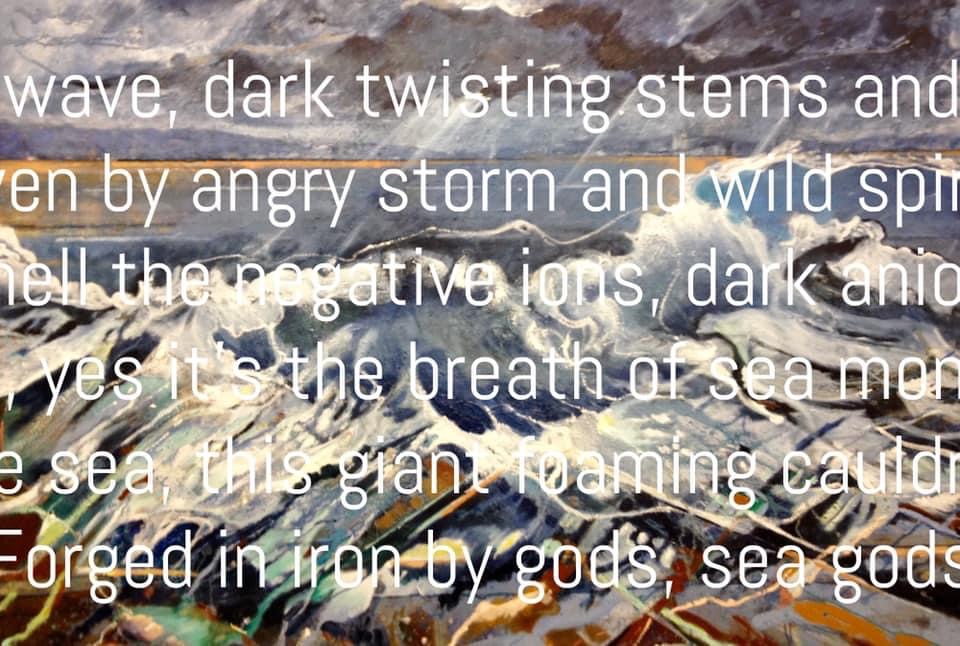 An exhibition of paintings by Graham Parker with other Under Star Bolted Skies artists, based on a collaboration with (the late) poet, David (Dai) Fry.

Old friends Graham Parker and Dai Fry lost touch in the early 1970s but after reconnecting during the lockdown, they decided to collaborate on a new project, titled under star bolted skies. The collaboration was a dialogue between poetry and painting. As part of this, Dai interpreted Graham’s paintings through his chosen medium of words and Graham interpreted Dai’s poems through the medium of paint.